It's hard for designers to know what parts of their model are heavy, so we wanted to visualize the size and volume of an object in a similar way that WinDirStat does with storage.

Check it out: It's a two-part hack-a-roo. The first part is node package that starts to create the same C# client API functionality for the web. The second part is a web tool that "uses" this API to create an interactive visualization that reads in a speckle stream and calculates each object for byte size, area, and volume. 🏋

😮 Best Hack in terms of Creativity and "Wow Factor” 😮

The AEC industry would be way more efficient if some things in BIM could be automated without the technical know-how. For instance, if one BIM manager or client wanted to do a quick change on a BIM model but they lacked experience on the certain BIM software, things would slow down tremendously. If we were to assign a bot to make those changes for us, the tweaking process would go a lot smoother.

Check it out: A chat-bot experience where our BIM model can tweak itself to fit the need. You want some models smart enough to adjust themselves? Speckly the bot is here to rescue. Simply chat with our Speckly the bot and he will do the work for you. 🤖

📊 Best Use of Data Exchange 📊

During the Great Lockdown of the last two years, one really striking aspect of the AECO world was that the manner of model analysis and review has not been in the same class of technological delivery.

Check it out: Rimshot is an interface for Analysts and Audiences for a typical Model Review/Clash Analysis session. Built as a companion for remote streamed sessions, the real-time data capture spect improves the engagement and also the accuracy of recall by capturing comments and thoughts in one repository during the workshop (or post-meeting with access to the snapshot views and the model). Tablet access is the biggest win.🔥

Engineers, on a daily basis, research how to make buildings more sustainable. One way to do that is by applying circular practices, in particular - the reuse of building components

Check it out: This tool aggregates models coming from multiple BIM software into a Material Bank - a repository of reusable building components. Then, it allows designers to map such elements into their new designs. 🤯

Parameter Panther - A tool to update Revit parameters from your browser

Many people want to edit metadata in the Revit model, but don't want to do it in Revit. Why? for various reasons: they might not be allowed to edit the Revit model directly, don't have access to a copy of Revit, lack Revit knowledge, Revit can be clunky, etc.

Check it out: "The holy grail for Revit," is what some people call a tool like this. A web app in which engineers can easily define their parameters and let the Revit modeler receive those parameters to update the Revit model accordingly. It loads in data from a Revit stream and displays the data in both a fully customizable data table and a 3D viewer. 🏗️

We wanted to create something fun that capitalizes what makes Speckle awesome: sharing your work with others, quick feedback, interoperability between platforms.

Check it out: A 3D clone of the popular game Pictionary: one person is assigned a random word and has to “draw” it (here: 3D model), while the other players have to guess what the assigned word is. It is a web app where you create a game room and other people can join this game room to participate in the game. Additionally, whenever the player, whose turn it is, commits to the stream the web viewer will show the uploaded 3D model. ✍️

Minecraft is a game where you can build amazing things from blocks (like a virtual lego) and it's also a very popular game among the youth. And if you want to show your amazing creations to others, you either have to take a picture/video or tell them to buy the game and share your map with them. We wanted to address this problem, by making an easy-to-use building visualizer.

Check it out: A tool to parse your Minecraft save data and upload it into a Speckle stream where you can view it and show it off to others. You can also use this tool to see a timelapse like building states or simply for an easy-to-use web viewer for your buildings. 🏠

Often there are significant barriers to good design and we believe the low/no-code technologies can scale in ways that can allow people to engage in design processes, even if the outcomes are rudimentary.

Check it out: Skipper takes the designer out of the process and allows users to generate a "rough sketch" of a building footprint, structure, core, and facade so that they can understand the scale and the environmental impacts of building these assets that last a while and can have a big impact. By using the MS automation suite and RESTful API we are able to share data between platforms that don't traditionally "talk" to one another. 🦘

Intangibles matter when you look for a nice neighborhood to live in. Now, with so much remote work, we can better assess our living options, and knowing social/environmental equities and contributing factors help us choose better.

Check it out: Within New York State, based on which county, our app shows you multiple metrics and maps. It includes a Tree Equity Score Map, Correlation Heatmap, Radar Chart, and a 3D viewer of New York City. The hack was built from open data sources collected from New York databases, parsed and graphed in Kaggle, then mapped in QGIS and viewed in the browser using leaflet.js. The buildings were integrated using openstreetmaps to blender, then shared through Speckle. 🗽

Transitioning from conventional CAD / Paper drawing to BIM in recent years is quite tough, especially for an old industry that still finds the conventional methods acceptable. To escalate the use of BIM for coordination, especially for clash detection, we would like to bridge the transition using an intuitive and user-friendly interface that allows staff who are proficient in 2D drawing to be able to coordinate in both 3D and 2D.

Check it out: The Concrete Defect Management app allows users to add defect objects to the selected structural elements. Each defect object includes the defect type, comments, and an image of the defect. The dashboard shows all the relevant project information, including clash findings, action plan, and defects. 👷

The recently added Comments feature on Speckle has broken new grounds but since it's still being developed, it has its own limitations. One limitation we saw was assigning statuses to comments and tracking them. We thought, "Notion is really flexible and powerful in this area, and it’s used by a lot of architecture offices, maybe we can track their status there. Why not integrate the two?".

Check it out: With this app, you send your Speckle comments to Notion and track their status there. Once its status is "Archived" in Notion, it'll be archived in Speckle as well. 🖊️

We want to bring the huge amount of model available through the model derivative API in forge into the speckleverse!

Check it out: The hack reads a derivated model from forge, presents it in the forge viewer and, when you hit the magic button, it pushes the data into a Speckle stream. So the geometry and metadata is available in Speckle for other cool stuff.🪄

The current “mainstream” Metaverse platforms serve as experimental containers to host the wildest dreams of virtual worlds where we are supposed to unleash the wildest of our imagination. However, from a spatial design perspective, they have so far been "ordinary". Without the constraints of the physical world, how do we draft the urban blueprints in the metaverse?

Check it out: A 3D multi-player web based game, using Speckle Stream, THREE.js and Socket.IO, that creates an unprecedented opportunity for future users to explore speculative design options (Also works on mobile 😉).

Many thanks to our Sponsor @DigitalOcean for making it all possible. And last, but not least, we would like to give a special shoutout to our judges @Luis Fraguada @Marie-Sophie Ando @David Andres and @Elcin Ertugrul for taking on the difficult task of picking a winner amongst the amazing submissions. 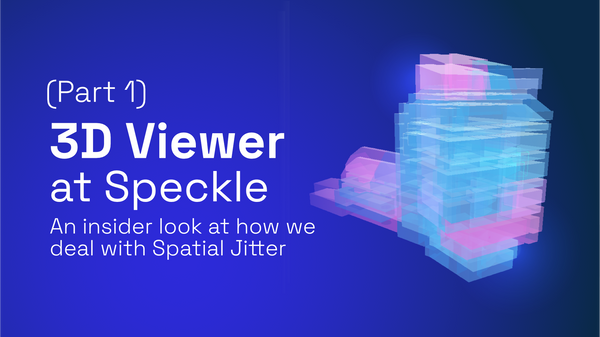 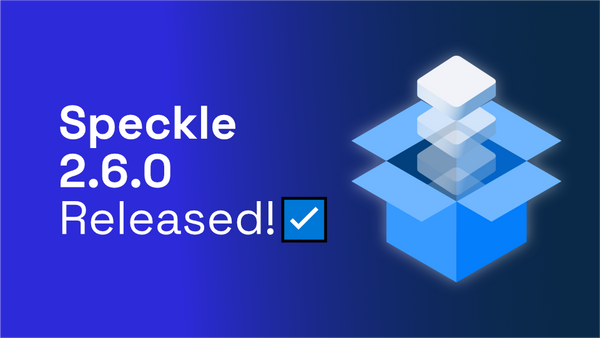