We're happy to announce that we have teamed up with the IFC.js project to offer our users the possibility to import IFC files into Speckle. IFC files are widely used across the industry, and we've been receiving a lot of questions on the lines of "Does Speckle support IFC?" - by the end of summer (our planned release date) - the answer will be yes ✅

We will be using the IFC.js engine to parse user-uploaded IFC files, decompose them and subsequently store them in Speckle. This will make them available via our API, as well as in the applications we serve. As such, once you've uploaded an IFC file to Speckle, you will be able to bake it (or parts of it!) in Rhino, Grasshopper, Unreal and Unity, as well as all the other software Speckle integrates with.

Our initial release will allow for only one way data flow and support limited native conversions into host applications. We're keen to see where this will lead, and based on the feedback we receive, we will scope more advanced functionalities such as modifying IFC files and more detailed conversions.

Of course, this functionality will be released under the same open source license as the rest of our ecosystem, Apache 2.0. We're extremely grateful of the work the IFC.js project team (Tom, Antonio & Harry) is putting in making IFC a more accessible and web-friendly format. Our shared hope is that our collaboration will demonstrate to the AEC industry at large the potential of Open Source.

Make sure you checkout the IFC.JS project! 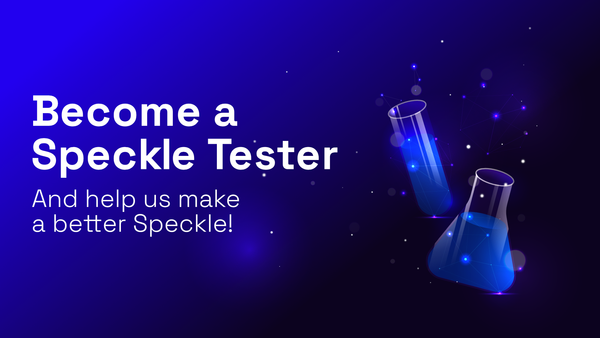