Do you want to create your very first Speckle App and get your hands dirty dealing with Speckle data? But you only know Python and creating a web app takes more than that, right? Until recently this required learning web development and starting complex React or Angular projects but not anymore.

In this tutorial, you are going to create your very first Speckle App using only Python. This app will analyze the selected stream from a given account and return some statistics about it. It will be a great exercise to understand the basics of interacting with the Speckle server and Speckle data structure. Let's go 🚀!

Prefer watching than reading? Take a look at this playlist👇

Since we are going to use Python and deal with Speckle server, knowledge about both is assumed. But don’t worry, you don’t have to be an expert in Python, just being comfortable using it will let you get started.
You will need an account with a Speckle Server. Don't have one? It takes less than a minute to register one now!

Make sure you have pip installed on your computer. Pip is the package installer for python. Once you have pip, you can go ahead and install libraries.

Streamlit is an amazing tool that makes it extremely easy to build an interactive front-end. It is specially made with data science projects in mind and thus has a lot of useful functionality to show off your projects.

SpecklePy is a Python library that allows us to interact with Speckle server, receive streams and commits from the server. SpecklePy repo can be found here👈

Pandas is an open-source library that is made mainly for working with relational or labeled data both easily and intuitively. It provides various data structures and operations for manipulating numerical data and time series.

We are going to use it mainly for converting Speckle objects to Pandas’ DataFrames.

After you are done installing libraries, create a folder where you will have everything for your front-end in. Inside that folder, create a python file called main.py.

Open it in your choice of Python IDE. I’ll be using Visual Studio Code in this tutorial.

From SpecklePy library you’ll import SpeckleClient which allows you to interact with the server API and get_account_from_token that authenticates your account using a token.

At this point you want to see what the app looks like. So open up a terminal window and make sure to navigate to the folder where you have main.py file. Then run:

The browser window will automatically pop up and here is what you’ll see:

Lets start with setting the page title and page icon.

After we set it, this is how it looks like👇:

Structure of the Page📄

Creating containers that’ll store the info will be the first step. We have 5 sections, for each section I’ll create a container using st.container().

To create code that belong to a certain container, we have to use with divider. I’ll set my page title using title method and use an expander component to add the description.

After this you may want to see what app looks like. So let’s use streamlit run main.py again. This is how it looks like👇:

This is the most important part because we are going to start dealing with Speckle data. First lets start by defining the columns that’ll store the inputs.

Pay attention to what I did in st.columns. I created a list of values that defines the ratios of columns relative to each other. This way tokenCol‘s width is 3 times of serverCol's width.

Let’s continue with Input boxes. To associate a component with a column, we are replacing st with columns name. This way, text inputs will be placed into that column and use the width of it.

Let’s take a look at how to receive data from Speckle. First, you'll need to create and authenticate a client. We’ll use Server URL and Speckle Token to authenticate. For both, we created text inputs and defined variables in the previous section.

Now that you have an authenticated client, you can start interacting with the API. Let’s get all the streams and create a dropdown menu that shows their names.

Once the user selects a stream from the dropdown, you have to somehow find the stream that has the selected name. SpecklePy has a search function just for that.

📌 Search function returns a list of streams. But we only need a single item. That’s why I get the first item from returned list.

After we got the stream, I’ll create two more variables that’ll store branches and commits of the stream.

Let’s take a look at how the page looks like.

In this section we’ll see how to embed Speckle Viewer into your app. First go to a speckle commit and take a look at the structure of the URL.

By replacing Stream ID and Commit ID we can access to a different commit. By taking advantage of this and using a custom iframe component, let’s create a function that generates a Viewer IFrame.

Definition below accepts 2 inputs, stream and commit. We already defined stream variable in previous sections and we’ll get the latest commit made from the commits list.

Voila! Let’s see how it looks like. So far you are doing great. It’s not that complicated, right?

We’ll start by defining the columns.

Before we start adding metric, lets define a new function that’ll convert a Python list into a Markdown list.

Let’s start adding some metrics and show their details.

We’ll get the total count of branches and use that as the value input in metric component. Created a list that stores the names of branches and show that in a Markdown list using the function created earlier.

We’ll show the length of the commits list as the metric.

These are the metrics we’ll show. Let’s how it looks like in the front end.

Not bad, huh? Let’s continue with the Graphs🏃‍♂️!

A container for the graphs was already created lets start by referencing that and define columns that will store the figures.

Let’s take a look at the front end again👁‍🗨

Lastly, we’ll create a timeline chart that shows the number of commits made per day.

This list will contain all the dates when a commit made and their counts. But it won’t show the dates where no commits made. We want to see those dates as well. Let’s add them.

After this we’ll end up with a list that has all the dates within that range. Each date will have the number of commits too (even dates where no commit is made.)

Finally the creation of chart:

Let’s see how it looks like in the front end👇: 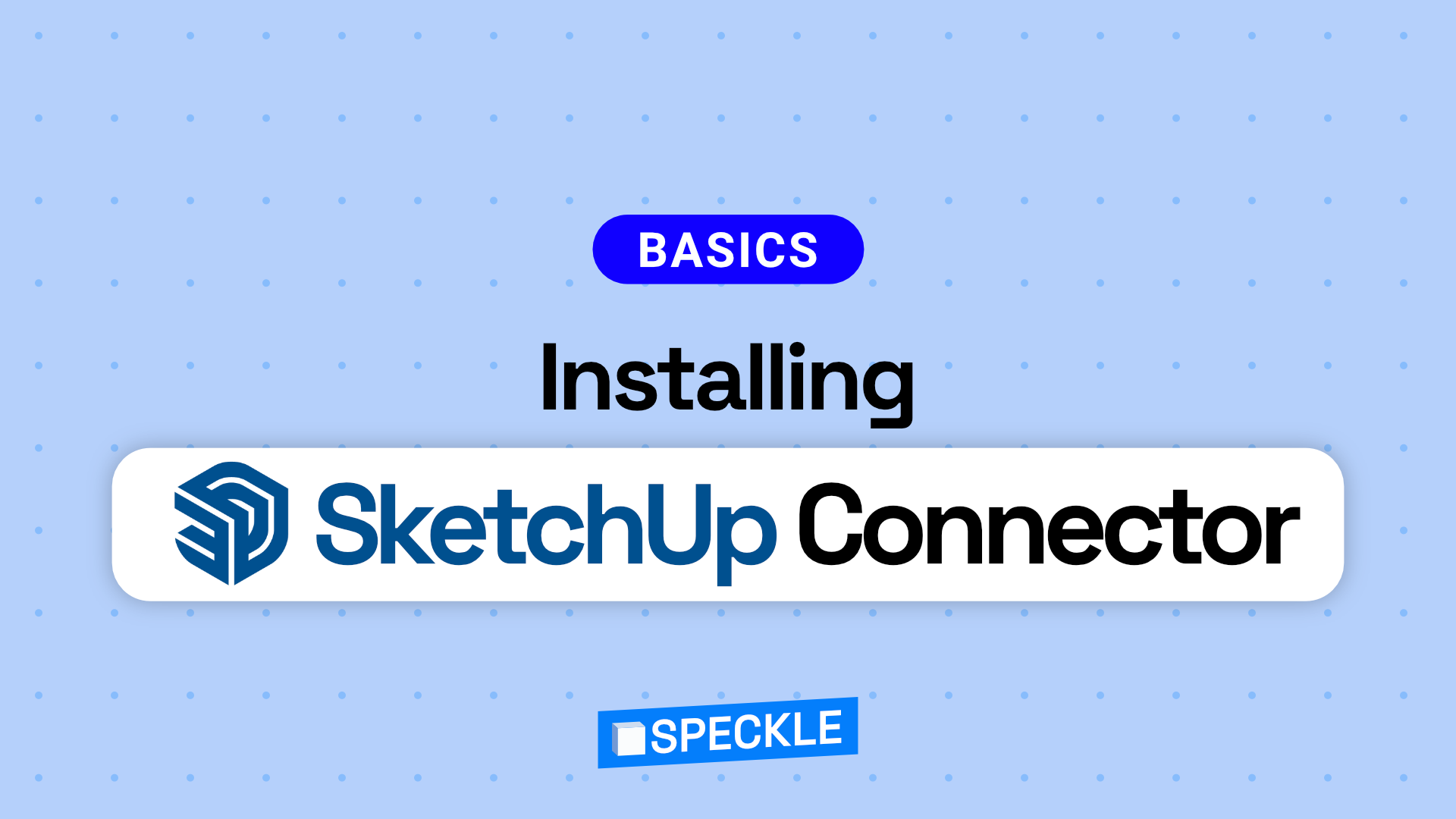 In this tutorial, we'll show you how to install the Speckle SketchUp connector using Manager. This is a quick and easy way to get up and running with Speckle in SketchUp. Let’s dive in! 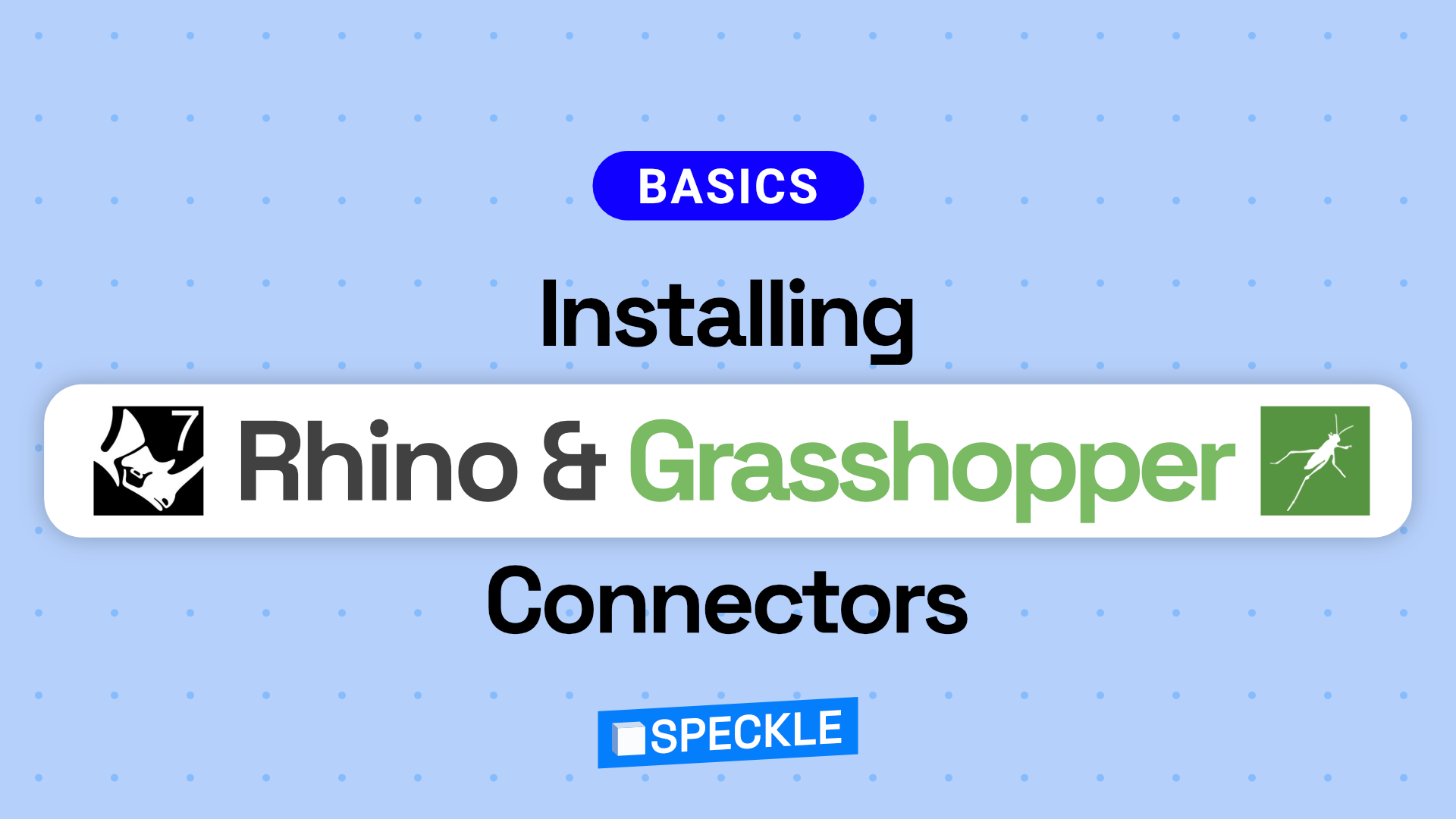 🚀 Get ready to supercharge your design workflow with Speckle! Here's a quick tutorial on how to install the Speckle connectors for Rhino and Grasshopper via Manager for Speckle. 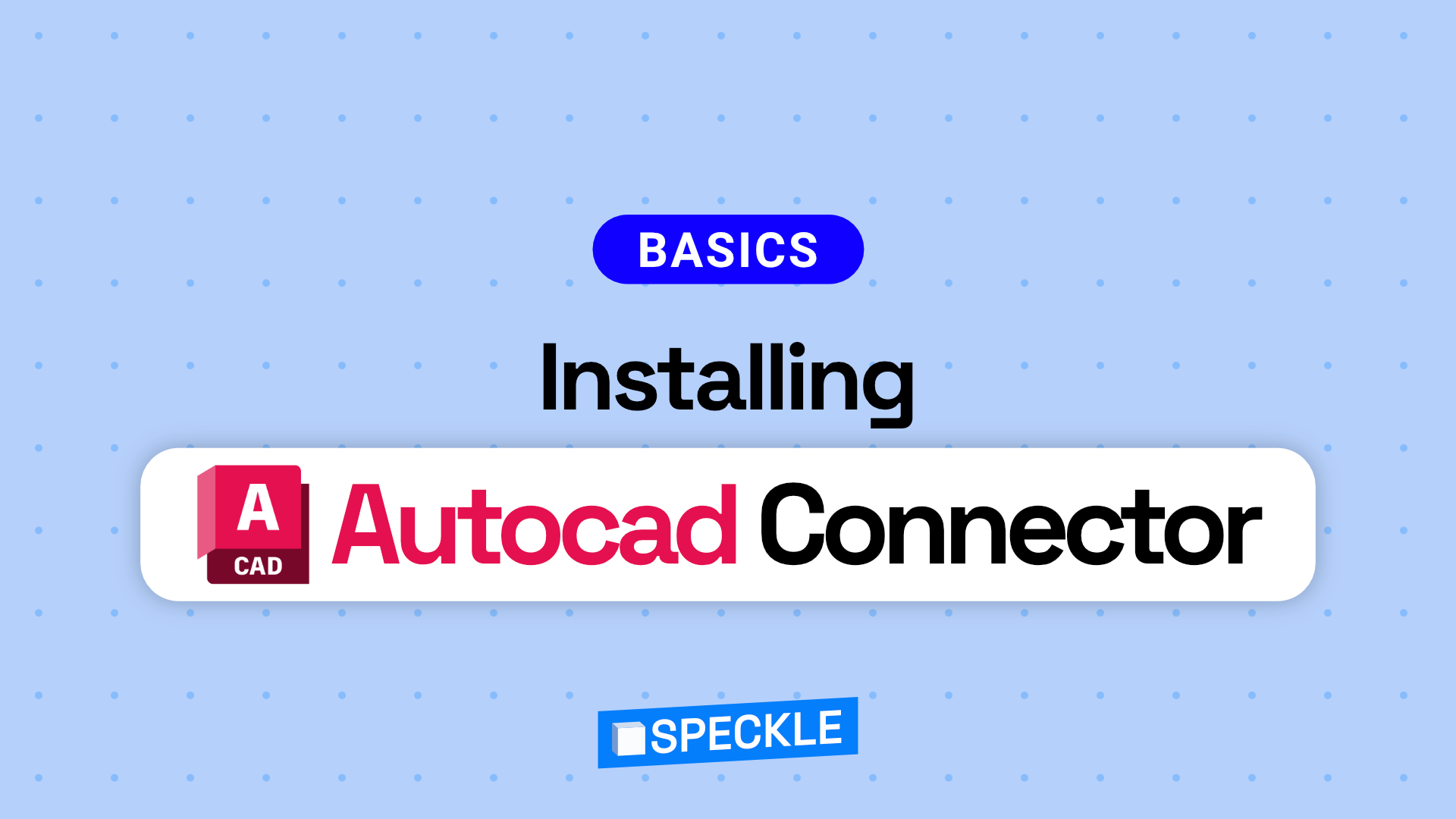 If you're an AutoCAD user looking to stream data back and forth between your AutoCAD drawings and Speckle, this tutorial is for you. In this tutorial, we'll walk you through the simple process of installing the connector so you can start using it right away. Let’s dive in! 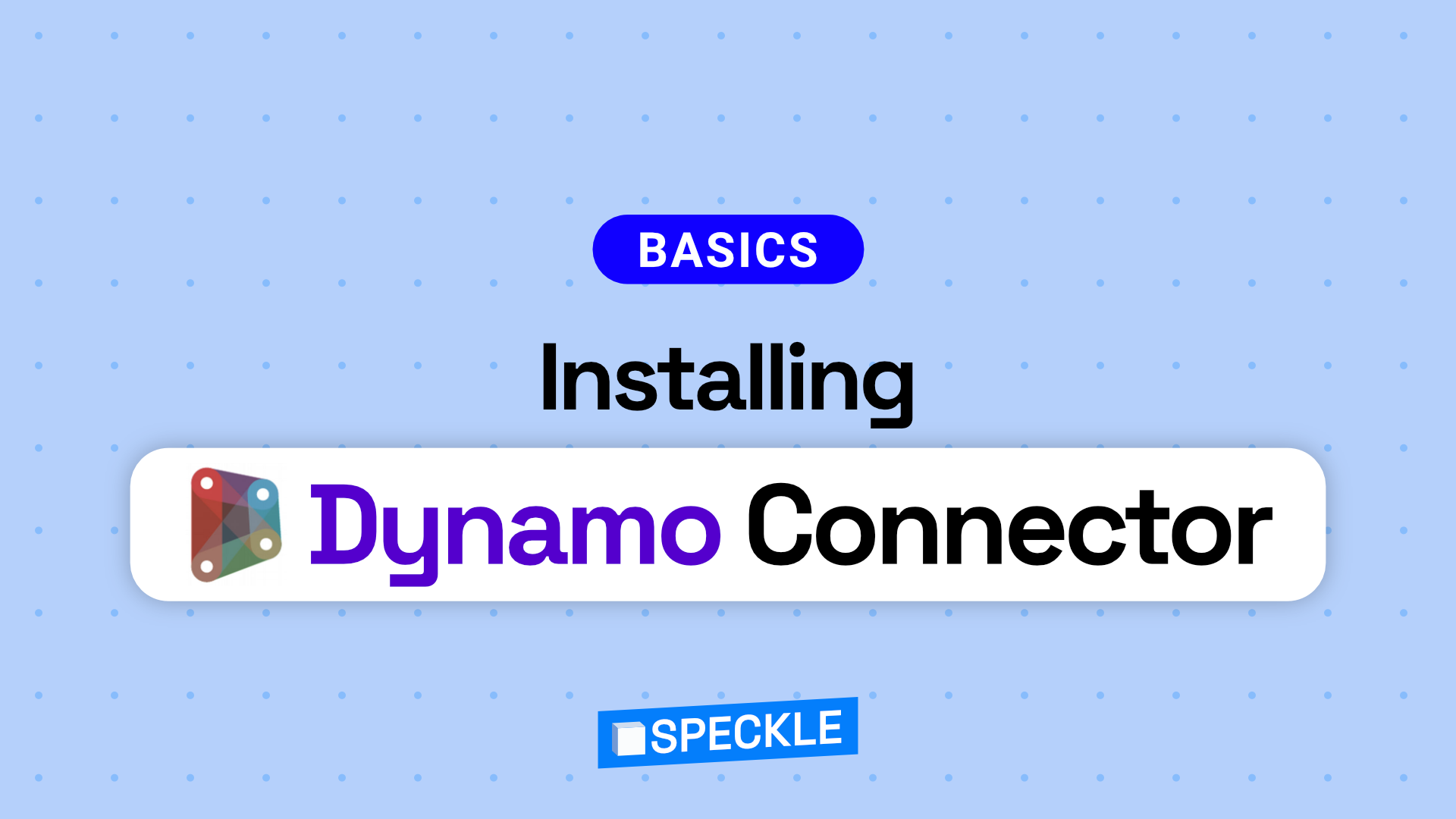 📢 Attention all Dynamo users! In this tutorial, we'll show you how to install the Speckle connector for Dynamo using Manager for Speckle. Speckle connector allows users to send/receive models from/to Speckle, a web-based open-source platform for 3D data. Let’s dive in! 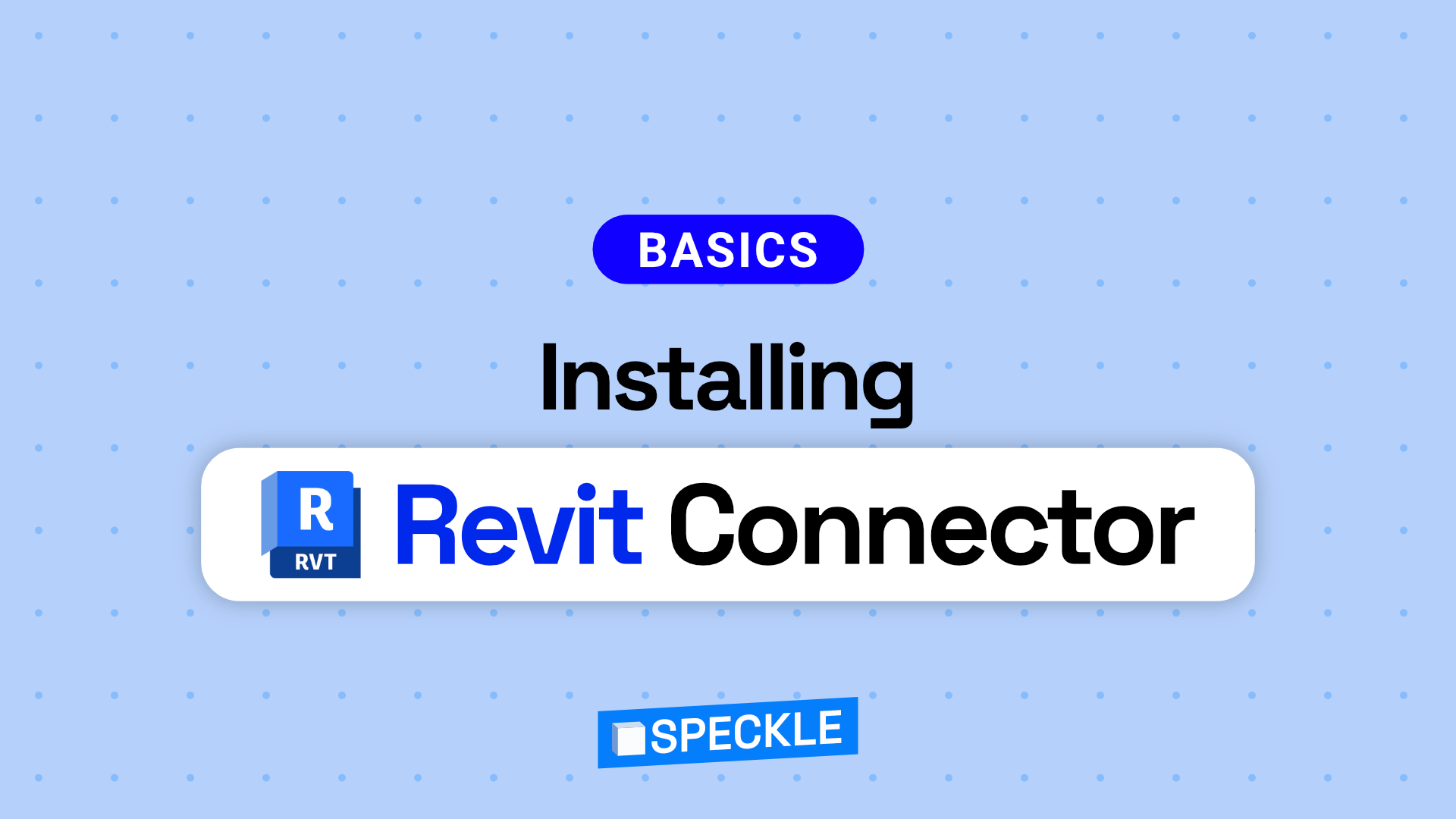 📢 Attention all Revit users! In this tutorial, we'll show you how to install the Speckle connector for Revit using Manager for Speckle. Speckle connector allows users to send/receive models from/to Speckle, a web-based open-source platform for 3D data. Let’s go! 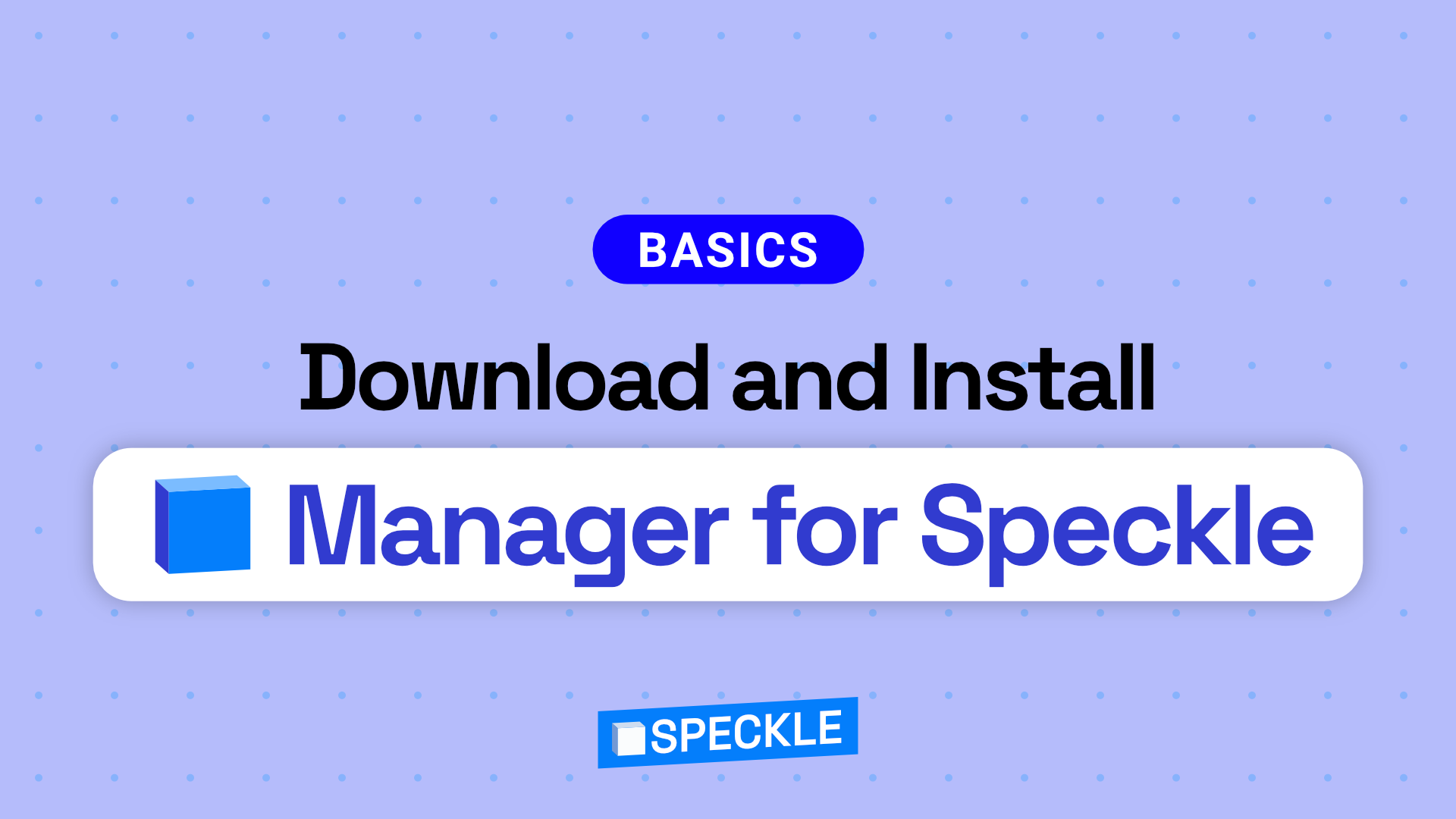 In this guide, we'll walk you through the simple steps to install and set up Manager, the powerful tool that allows you to manage your Speckle connectors and accounts with ease. Follow along and get started on your journey to becoming a Speckle pro in no time!